This Sunday marked the end of a beautiful period of my life spent in Würzburg, the first and only city I called home so far. Four years full of lovely events, namely theatre plays, studying to become a nurse for children, teaching yoga, giving workshops and above all sharing this time with amazing people. Friday most of my friends gathered in an already empty room – my stuff had already gone, packed and stuffed into boxes and loaded into one little car. It felt like great freedom to only have as much as to fill a car and to get rid of old, unneeded, sentimental items.

Once more we gathered to share a beautiful evening of food, conversations, games and love. Admittedly I got quite sentimental at some point, realizing that I should soon take off and leave for good, no longer being able to see them whenever I wanted to. Past events had forged us together strongly. Still life is changing constantly and I know that this change will bring about growth and prosperity. It is a good thing. However saying good bye to those closest to me was heart braking and as I am writing this I can still feel the pinch in my heart. Needless to say that the night went by quicker than lightening and next morning they were gone.

Still that same day was spent in the company of beloved pears. With one I had breakfast and with another two of my best friends I spend the afternoon and evening. I met one first. Dressed up in suits we pretended to be French exchange students writing an article for the famous magazine “La Rosette Rouge”. Our task was to have as much fun as possible in the town´s cultural centre while were acting out our role as students of arts of the Sorbonne university in France. Using ridiculous French-German accents we introduced ourselves to the women at the counter. She had no doubt about the authenticity of our story and thus explained in brought details the history of the building to two very interested false Frenchmen. Right behind the entrance we got the chance to leave a personal picture, designing a drawing as our own artistic footprint. Obviously we were much obliged to paint a picture. Quickly we came up with a marvellous theme: a man whose nose was a penis as the symbol of counter emancipation, the break through of the new age enslaved wimpy man of our present time. Once we had left our pictures on the screen we made our way through the gallery. Especially the light installations caught our interest and my friend told one of the guides of the exhibition that it reminded him of the light he had above his kitchen stove. Anyhow we had a great time and an even better “last” shared event before my take off.

Then another very good friend took me to his place. He told me about his travel to Greece, presented me with a gift of fresh olives, Honey and herbs and I also shared my experiences of last weeks hiking and camping in Croatia, Slovenia and Italy.

(Where a good friend and I almost got killed by land mines and bears when we illegally and without our knowing crossed the Slovenian border. Since we got lost in the woods, we didn´t realize that we entered another country. We simply kept following white markings on the trees until the path came to a sudden end. Those white marks were, what we came to know of later, actually outlining areas filled with landmines – we however believed them to be marking the hiking trail. We somehow left the forest alive, only to find the footprints of a bear on the first path we met. Luckily it did not show up and we eventually made it to a huge, picturesque vineyard, which became our campsite for the night. When we took off the next morning, we walked into a military patrol that picked us up, because we had just crossed the border to Slovenia illegally. Unfortunately we ended up paying a 250 € fine each. Well, at least we didn´t die of landmines or bears.)

We prepared a tasty dish and watched a movie until we were both ready for bed. Next morning my dad picked me up with his full to the brink car. Another good bye followed and then we embarked on the long road to Berlin. The moment we left I felt quite sad and also anxious about what might be coming. Would I like to be living in Berlin and working in my new job? Would I feel at home there again? Would I get along with my new flat mate and find amazing friends there? Would I successfully teach Yoga in spite of so many competitors? So many question marks. 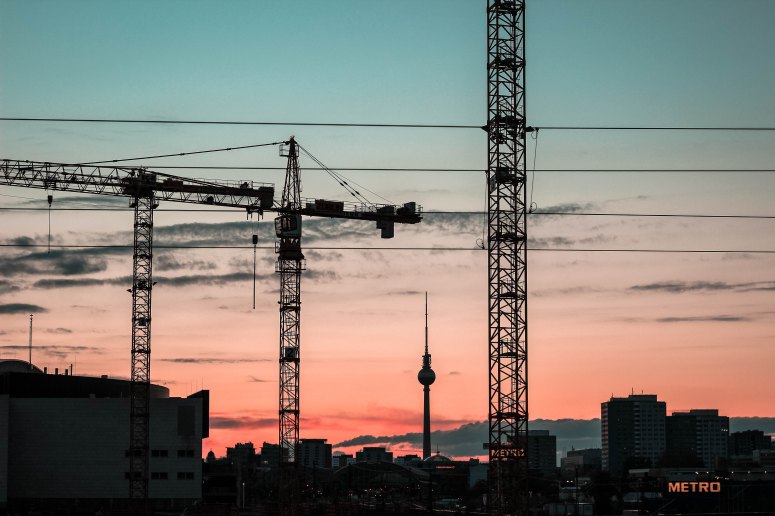 After a long drive we finally arrived and carried the boxes into my new room. The first night in a new city and in a new flat followed. Close before midnight I had finally taken everything out of the boxes and placed it somewhere in the room. It wasn´t perfect yet but at least the room had some personal taste already. Next morning I signed the working contract for my new job, the children´s Hospice in Friedrichshain. So far the team seems to be great. Lots of young, eager people working with passion for children who suffer from terminal diseases. This job as hard as it might appear, seems to be right and fulfilling to me and I ask the universe to supply me with endurance and strength to be able to share my gifts there. First things first and thus these questions will have to be answered on my return. Now I am taking off to the States, spending one month at the rebirthing centre of Leonard Orr in  Staunton, Virginia in order to become a certified Rebirther and to share this priceless healing technique with others.